Recently I’ve visited Cluj-Napoca in Romania and here are most frequent questions I got after the trip.

What’s Cluj-Napoca all about?

Currently, in Cluj-Napoca, the biggest ethnic group are Romanians. However, this was not a case as many different groups inhabited the city throughout the history. The first trace of life was neolithic settlements which were dating back thousands of years. Later the settlement was conquered by Romans and inhabited. The archaeological reminder of Roman could be seen in Unirii Square in the city centre. Saxons were next one to occupy the city, they build the wall around the city which is still remain standing now. Up to this day, the city carries German name of Klausenburg. In 19 century ethnic Hungarians were the majority of the population and remained until 1955. They call the city Kolozsvár. Building non-Catholic religious buildings in the city centre were forbidden for a while, yet eventually, Romanians were allowed to build Orthodox churches. During communist times remaining minorities migrated for a higher standard of living, for example, Jewish people migrated to Isreal and ethnic Saxons migrated to Germany.

Cluj-Napoca has reminders of its past all around the city. One might wonder why Cluj-Napoca architecture is similar to ones in Germany. This happened during Austro-Hungarian period when local architects been educated in Vienna and returned back with similarish ideas. Moreover, communist buildings could be found just outside city centre.

Nowadays Cluj-Napoca emerges as a tech hub being informally named as a silicon valley of Romania. Technology related events organised all around the city includes conferences attracting speakers from all around the world. Technology companies mainly offering out-sourcing services yet startups exist too. This continues to increase prices in the city which is high compared to other cities in Romania but still much cheaper than in Western Europe.

Is Cluj-Napoca two cities which got joined?

No. Many people still refer to Cluj-Napoca to its previous name Cluj because ending “Napoca” been added just in 1974 by Communist party.

I’ve got an early flight, can I sleep at the airport?

Few people spend a night in the airport due to early flights. Most are hard seats with armrests however you won’t be bothered by security guards if you fall asleep yet occasional announcements and background music might disturb peaceful sleep. The airport is open 24 hours. The coffee vending machine is available for a selection of hot beverages for 2 lei

What would you recommend to see in Cluj-Napoca?

Ethnographic Park (Parcul Ethnographic “Romulus Vuia). Displays village buildings in Transylvania region in 18 and 19 centuries in a 16ha area park next to the city centre. Most are farmyards displaying a variety of used tools too. Highlights include high stretched cupolas churches with religions drawings within. Most buildings are closed but stalking through the windows are ok. Please allow one and a half hour for a visit. Price 6 lei. Mondays and Tuesdays closed. Open 10 am to 6 pm (March to October both inclusive), while other months opened 9 am to 4 pm. 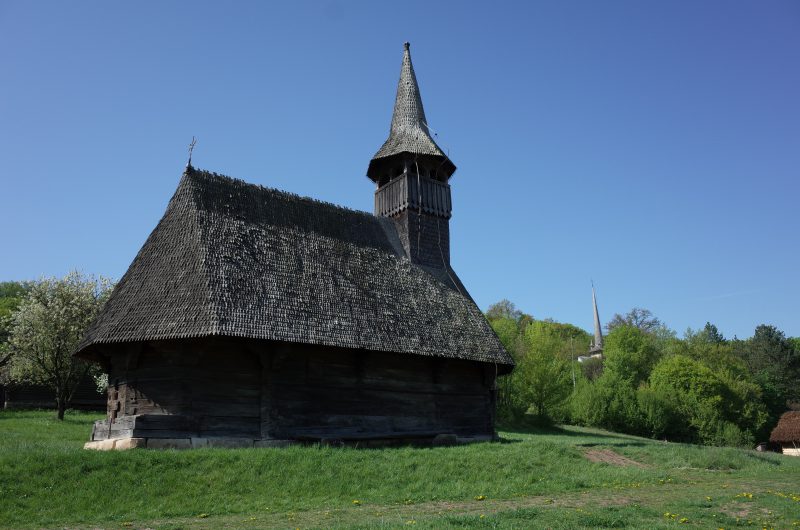 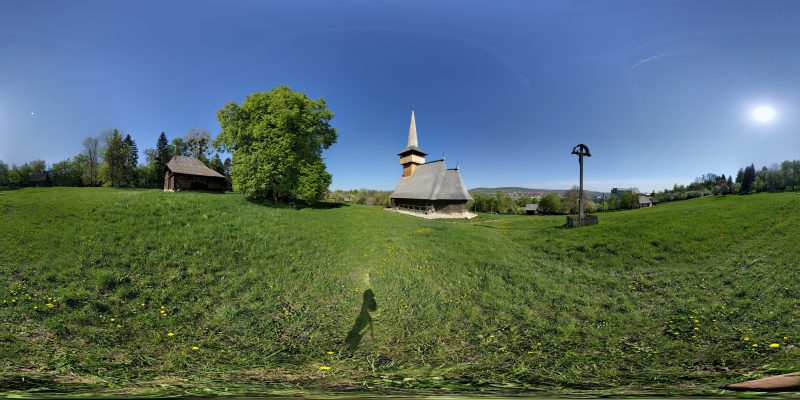 Zoo museum. Variety of conservated reptiles and fishes includes horror-movie-like exhibition items like Amazon jungle snakes, ray, scorpions and lizards. Also stuffed wild mammals, crocodiles and turtles. The museum is found on university campus building on the ground floor on your left. If doors are closed, try knocking. Please note too that same building incorporates another live reptile exhibition downstairs. To visit it, take spiral stairs down from the lobby. Depending on the exhibition receptionist you might or might not pay a fee of 6 lei. 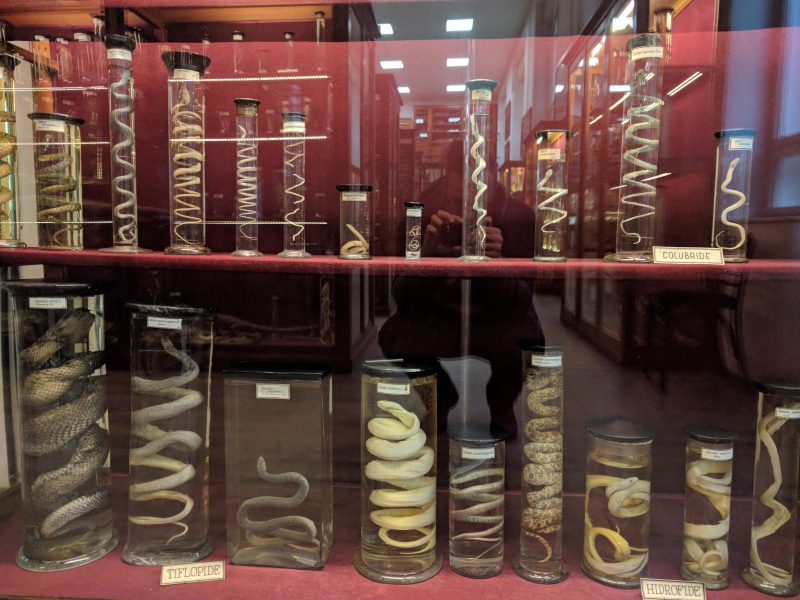 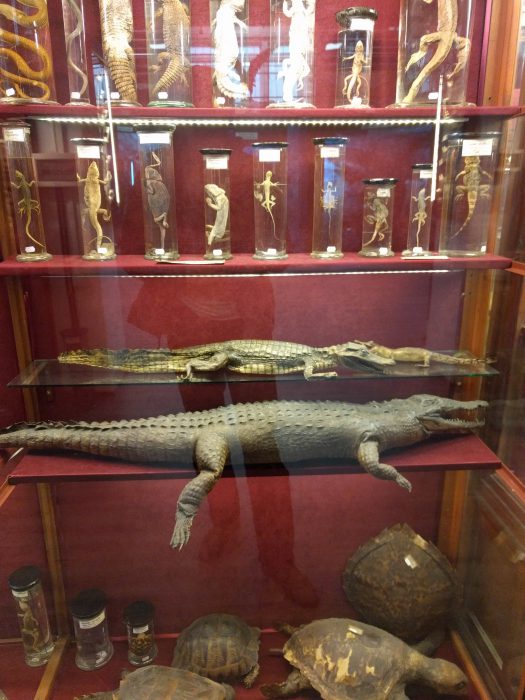 Pharmaceutical Museum. Highlights of the museum include Mummy powder used as an expensive cure for all diseases, also the elixir of Love, dentifrice powders and medieval laboratory although little evidence exists that the room was used as a laboratory. Also, note that free audio guide exists as part of the mobile application “izi.Travel”. Price 6 lei 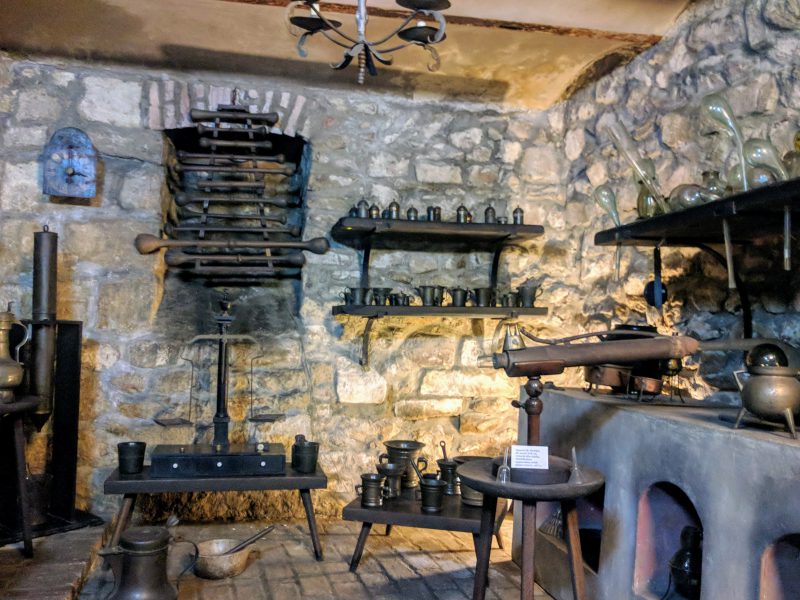 Turda salt mines. Salt mines are listed as #1 at “Coolest Underground Places In The World” by Business Insider attracting many tourists throughout a year. Nowadays it’s used as an amusement park and tourist attraction because mining activity was terminated. Inside you will be main attraction is a hall 85 meters height where you can have a ride on Ferris wheel, play mini-golf or tables tennis, rent a boat, and buy souvenirs. Other mines chambers are available and worth visiting, for example, Iosif mine generates powerful echoes up to 20 times. Note also that visit to mines provides little information about mining activities but focuses mainly on entertainment and family day out.

As of 2018 April, only north-west entrance is opened. You can catch a taxi there or walk for about 40 minutes from Turda city centre. 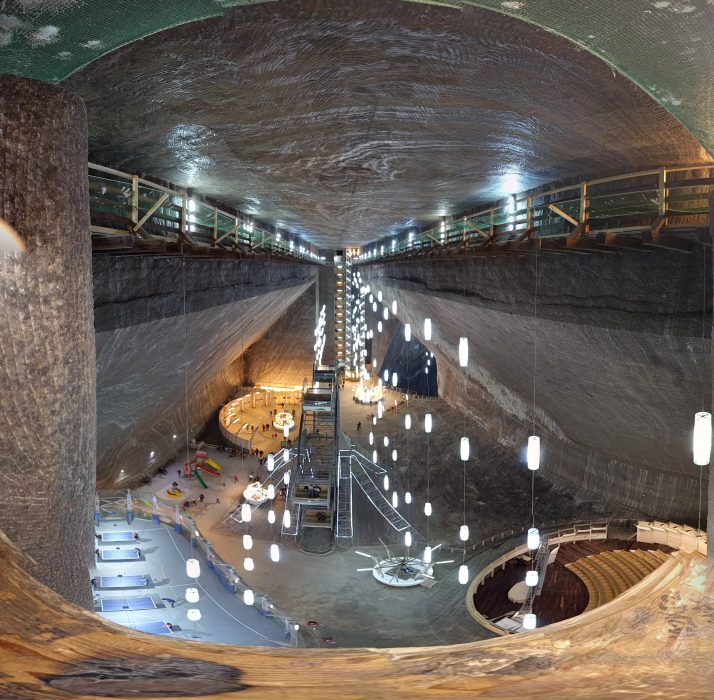 Roata. A place to try typical Romanian dishes. Menus have described a history of main dishes within few paragraphs and pictures. The restaurant might (or might not) serve homemade spirit on the house as a starter. 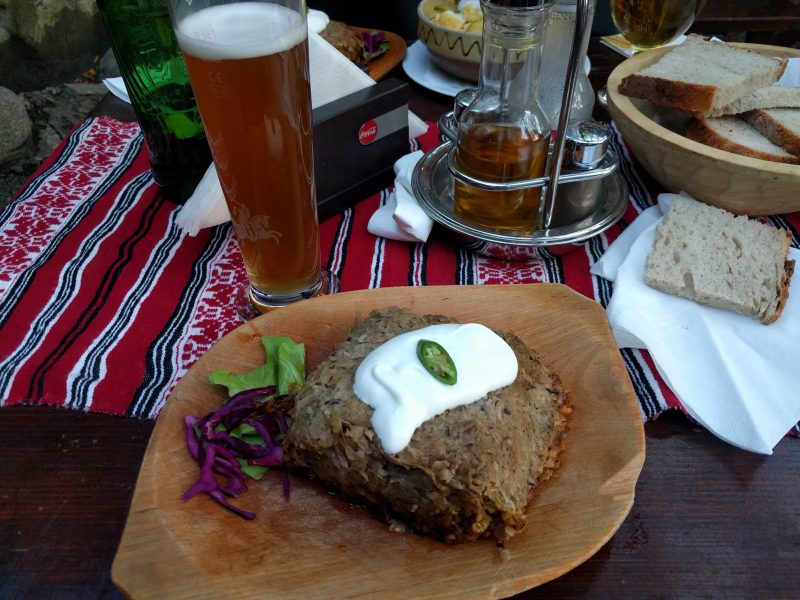 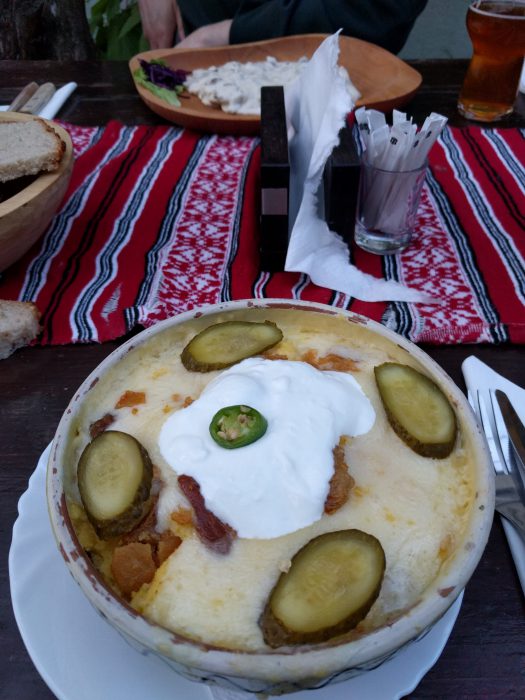 This is it. If you have any more questions, let me know! I’ve also started to update Wiki Voyage with this information to make it more accessible for everyone.